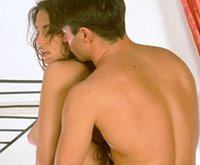 When I was a precocious teen, I was a pretty big fan of Ayn Rand’s books. In reality, her writing’s pretty black-and-white and doesn’t have those subtle shades that a great author should have, but that’s not the point.
The love relationships in her novels (Fountainhead, Atlas Shrugged) had profoundly influenced my idea of what love should be, regardless of the author’s lack of subtlety. Everything about Dominique and Howard Roarke screamed passion to me, really.
I’m on the market again. I’d had a brief fling in October that I’d hoped might go somewhere, but it was too much, too soon, and that’s another topic for another time. I’m testing the waters, many different waters, and I’m realizing once again how damned perplexing dating can be sometimes, even when you understand why it’s that way.
I’d rather be alone, though, than with someone who doesn’t fit the rather refined expectations I have for anyone who might become my lover. I’ve been thinking about it this week. Is personality enough? Are brains adequate? Does there have to be “a whole package?”
There comes a time when you start wondering if being alone versus being together with someone who’s less that what you dream of is really a wise choice. It takes a strong person, I guess, to answer “yes” to that wondering, but I believe that’s my answer.
Ayn Rand always would assert that who you choose to love is a reflection of how worthy you believe yourself to be. When you settle, you’re telling yourself you’re simply not deserving of better.
But what constitutes “settling?” There’s a loaded question, huh? I suppose it depends on your standards. I’ve had the options of settling for guys who are on my intellectual level, with whom I could really talk, but the fact is, if chemistry’s missing, if that little sizzle-bang-bang is missing, then let’s face it, you’re with a friend, not a lover.
I don’t want a friend. Is that really so wrong? I want a lover. Someone who sets me afire. I don’t care to have yet another viable conversation partner who doesn’t stir me in ways that makes me squirm and cross my legs in public in order to quench my sudden lust. I want to have that inclination to think dirty thoughts in places I have no good reason to be thinking ‘em. And yes, I want to be able to roll over in bed, weary and satiated, and discuss a book that changed my life or laugh about a classic comedy, or whatever comes with, but that camaraderie needs to go hand-in-hand with the passion I desire.
There are those who feel it’s being too picky to simply want it all. Let’s face it. It’s a big goddamned world. With six million plus, there’s got to be a few fish out there that might wander into my net. It’s a matter of patience and faith. I don’t think there’s only “one” person for me, but there’s one type, and I’m on the hunt.
There was, however, a time when I didn’t feel I was as worthy of that level of love as I now do. There was a time when a guy being interested in me was a damned good start. There was a time when self-love wasn’t exactly tops on my to-do list. As I wrote elsewhere, learning to love myself has really been one of my greatest accomplishments. Holding out for he who is worthy of it all, it’s rough. It’s a challenge. But I suspect I’m up for it.
I do have to admit that chemistry was a hell of a lot easier to manage in high school science than it is in real life. What a mystery.
But I’m on the case, man. Just call me Sherlock. It’s time to solve the riddle.