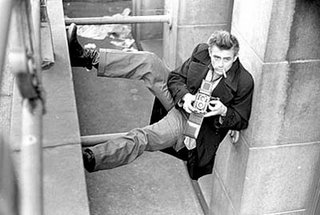 A reader wrote me recently to say that I need to comment more about the modern man’s condition. We both agree that men are caught between what they want to be and what they think they have to be, so they’re essentially lost.
In not so many words, I’ve recently alluded in an email with him that I feel the modern man is some kind of throwback to a troubled Winslow Homer painting, a boat being tossed about a churning sea, straight out of Good Will Hunting. Any port in the storm, boy.
Let it be said: I hate the divide between the sexes as it presently exists. I hate what this so-called “feminism” has done to the modern guy, but I wouldn’t give up any of the advances my sex has made, and I feel there is more for us to achieve, too, but without continuing to erode masculinity. That’s a bigger topic, that’s a fucking book, for god’s sake. We’re not going there. Yet.
That said, there’s absolutely no reason we can’t have old style manners and charm and etiquette make a comeback while we’re striving to find both genders’ new identities.
I hate that etiquette is a thing of the past. I hate that chivalry is practiced almost apologetically. I hate that the black-and-white movies seem to be more an anthropological reminiscence than a cultural record.

“And exhibited here in this celluloid document is the now-extinct Homo Erectus, a classical beast with style and grace not seen in today’s beaten, confused specimens. Note the confidence in the gaze, the subtle mannerisms of gesture, the attentiveness shown with a slight tone of deference yet dominance toward the female of the species. See the strength and prowess he exhibits in stride. The species was noted to have danced precipitously on the edge of extinction in about 1965, as seeming collateral damage in the Battle of the Sexes. Fortunately, the species has held on, if even barely so. Scientists today are working with remnant DNA in an attempt to create a hybrid of the Homo Erectus Pastus and the Homo Erectus Presentus for a species to be dubbed Homo Erectus Potentius.”

Someone somewhere got everyone drinkin’ the Kool-Aid that somehow being polite to women meant you were disrespecting them. This is the most ludicrous bit of irony to ever be swallowed by the masses. By demonstrating respect, you are disrespecting. Say what?
And the funny thing, chivalry went out the window, and since then, everyone’s forgotten what the hell manners are. Look around you! We’re ruder than we’ve ever been. Road rage, aggression, never looking passers-by in the eye, never saying hello, yammering on your fucking cellphone as some person assists you at a counter, not reserving in advance for parties – fewer people than ever understand basic manners at all.
Being well-mannered isn’t just for patsies, man. It’s necessary for the human condition.
We’re a tribe, people. We need to get along. We need respect. We need a code. It gets us through.
I’ll tell you one thing, I’ve declined dates based on manners. I don’t associate with people who lack them. It’s unpleasant and uncouth. Behaviour is the best bit of evidence anyone has as to the kind of person you are. What does yours say about you? Your body language, the way you carry yourself, the way you defer to others, speaks volumes louder than your words. How’s your posture? Do you speak clearly? Do you make eye contact? Do you know the proper way to shake hands?
Men and women today both need to learn better manners. Women need to be gracious and accept a door being held open for them, and they need to return the favour. The only way men will feel welcomed to begin being gracious to us like in the old days is if we reciprocate and we say thank you. There’s no damned reason we ought to feel threatened by chivalry. If so, what the hell does that say about the woman? She’s too insecure to allow for assistance? Pfft.
I practice what I preach. I thank men for holding the door open, I smile. I’ll pick something up for a guy if he drops it. What’s the problem? When did it become a competition? It’s like we’re waiting to see who’ll crack first.
My manners make my life more pleasant. Sure, when I say thank you or have a nice day or make small talk, half the time I get looked at like I’m some homeless bitch begging for a crack fix, and the rest of the time I get these warm, grateful smiles that I’m bringing some old-style charm back into the mix. I make a friend for two minutes and I wander on.
And I don’t care what the world expects, I know what I expect, and furthermore, what I demand. I don’t compromise my standards just because the world’s too fucking stupid to adopt them. And you know what? I’m part of a growing minority. But where do you stand?
So, here’s the deal. This stuff may seem mundane and stupid, but manners count. If you’re on the rise professionally, if you work with the public, if you’re trying to woo a woman just outside of your class, what have you, then you need to know this.
This is my introduction to what’ll be a truncated guide on basic etiquette for dinner dates and such. Some of this is perceived as old-fashioned, out-of-style, and that pisses me off! Gah! That’s so stupid I can’t even see straight, man!
It’s like these people who go to expensive restaurants wearing a pair of jeans and a t-shirt. Can’t some things be left exclusive? Sigh. Nothing is special anymore. Jesus.
These will be the kinda things I want my men doing. I’ve been turned off just by a guy who left his napkin on the table during a meal. I’m a hard-ass, but then you’re learning from the right chick, aren’t you? And you know I’m more fun to party with than Miss Manners, so, don’t think this makes you out-of-date.
This will make you retro cool. It’ll give you a classy mystique the other dicks you know don’t have. In the future, I’ll be returning to this topic of the modern man and how he can better find his place in today’s world with today’s woman. The sensitivity post of last Saturday was only the tip of this large iceberg.
Oh, and if you’re thinking, “What’s this got to do with sex?” Well, it’ll teach you how to say pretty-please, for starters, and it’ll get you to the end of the date in one piece. We’ll get to that part another time. It’s a big fucking topic.
Those tips start tomorrow. It may be two more postings. (On restaurant etiquette for men, primarily, with some tips for women thrown in.)