Two piles of “fat” clothes sit in garbage bags by my front door, waiting to get donated, like the two bags I ditched last week. It’s the end of an era.
I’ve been buying clothes lately, the last two weeks. It’s been emotional hell. I’m about a size 15 now (down from 22/24), and that makes me almost too big for most “normal” stores, and too small for “fat girl” stores. It’s been a bit of a chore.
It’s been hard, because getting to know your body when it’s not your body anymore, well, it’s a journey. I decided my judgment was shit, ultimately, as I found myself shopping emotionally and not critically, so I made the choice that anything I bought I’d put on ice until I went to a half-dozen or more stores, and then I would Assess and decide then what should be kept of all my purchases.
Well, today was assessment day. Several shirts are going back, as well as a beautiful fire-red winter coat, because they’re all too large.
At last weigh-in, three or four weeks ago, I was down 50 pounds. I’ve probably not lost anything since, or not much, and don’t care, because I continue to improve and change my ways, my clothes keep getting looser, and that’s my REAL goal, not a “number”. The real weight I think I’m down, though, is probably closer to about 85 pounds over the last 5 or so years. It’s 50+ this year alone. END_OF_DOCUMENT_TOKEN_TO_BE_REPLACED 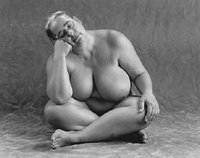