Every now and then I hit this mode of sheer panic.
It’s that crushing realization that I have a virgin’s chance in hell of surviving my scheduled week. Not a chance. Well, a slim chance if the wind’s at my back, the cosmos aligns, and the sea parts before me. Then, maybe.
Somehow we always get it all done, and if we don’t, still no one loses an eye. It`s not like we’re some hero in the movies, racing against the clock to save the innocents before slaughter or anything. It’s drycleaning or a doctor’s appointment or something.
Chill, yo.
But, yeah, I freak out. Then I’m all jackrabbit-in-headlights as I figure it out. Maybe if I channel Flash Gordon and develop a need for speed. Make it so!

Another rainy night on Vancouver buses, by me.

This morning I’ve had a delayed moment of genius in which I’ve realized I’m having dinner a block from where I was to get my hair cut today. Okay, now I’m not going out of my way today — instead I’ll get my hair cut Monday, and do dinner, all in the same block.
Sounds logical, right? No NASA engineer was injured in the making of this epiphany. I mean, I’d booked both appointments 2 weeks apart from each other initially, so it wasn’t something that occurred to me.
I bet smarter bears analyze their schedules all the time. Yay, you, you smarties!
Me, I’m just getting the fuck out of the rat race so I can stop the stupid, since having daily appointments that get me out of the house will be what keeps me sane over in the island life. The idea of my being locked up 24/7 captioning my little TV shows or writing makes my head go spinny. Well, after a month of isolation so I can do my Rat Race Detox, that is.
But this is what my life has been reduced to in recent weeks. Small moments of victory when the only real win I’ve had is shaving 30 minutes of time wasting from my week.
I know there are the hours I spend just chilling or recharging, but I won’t apologize for that, and I don’t feel that’s the problem. Why shouldn’t I want more time to enjoy my home or whatever pointlessness I feel like accomplishing? It’s MY fucking life. Screw appointments and work and whatever YOU think add values to life. Mine comes from doing things I want that recharge my brain so I can be the wordy girl I love to be.
As a writer, part of the writing process is long hours of doing what to others is “nothing.” Really, what does one accomplish sitting at a keyboard tapping away? The dishes go undone, dust starts holding conventions on your bookshelves, while appointments loom like some evil curtain to be drawn on a great idea, enforcing an end to writing efforts by actually standing up and walking away from the words all because you have to see some guy about a thing.
As far as time management goes, writing is the worst crime to inflict on anyone.
So, you can imagine my loathing of a world that revolves around deadlines, starting points, and any kind of chronological order at all.
It’s a wonder I even believe in being punctual, and even crazier that I’m a Deadline Slayer. Must be the Recovering Catholic thing.
It seems extreme, picking up and moving from a town just for the sake of time management, but that’s a large part of what I’m doing. I’m forcibly excising my endless aneurysms due to bus commutes, soul-sucking scheduling of rehab with work commutes and micro-planning the things I need to do, all because some 10+% of my life evaporates weekly just for the to/from of my job. Even if I worked from home in Vancouver, I’d still spend my life in long commutes, because it’s the nature of this city.
If moving is what it takes to stop overbooking myself to death and losing countless hours sitting on public transit staring at strangers I don’t give a shit about and will never break bread with, as a world locked behind water-streaked dirty windows passes me by, then so be it.
There are moments when sheer panic hits me and it’s not about the time scheduling. Sometimes it’s about what a 180 my life will be when I hit the brakes and start working from home in a place that’s walking distance from the ocean, 30% the size of my present town, and knowing that I can’t afford to undo the decision if it doesn’t turn out to be the smartest thing I’ve ever done in my life.
Then I breathe again. And I remember: I’m also making this move because I often find myself having to remind myself to stop and breathe, and there’s something wrong with forgetting such integral parts of existence.
Soon, appointments will be a welcome diversion from my quiet life. An exciting reason to get out and see the world, and not this obligation or sense of burden I seem to see them with now.
Yes, 2012 is the year where I won’t have to fear finding myself under a tombstone that reads “Here lies Steff, whose head exploded when she had One Appointment Too Many on a Dark and Stormy Tuesday.”
I just have to survive overbooking myself to near-death for six more weeks, then my life will feel like the soft pneumatic whoomp you experience when an elevator suddenly aborts motion after 30 floors. And that will be something worth writing about.*
*It’s a personal blog, people. Of course I’ll blog about my life in Victoria. Might even start a whole nother blog too.

I’m a sexually peaking 32-year-old woman who’s just been hit with her first full dose of spring fever. I need sex, and I want it now.
Tonight I hung out with my first sex blogger for some cool conversation, some Guinness, a stroll, and a bus ride. A nice night. I noticed then as we wandered to the waterfront that it was warmer than I’d have expected. Seasonal. Nice. A little damp, a little chilly, but there it was. Warmer than it oughta be, fresher than dawn on a mountain. A spring night. The first real one. 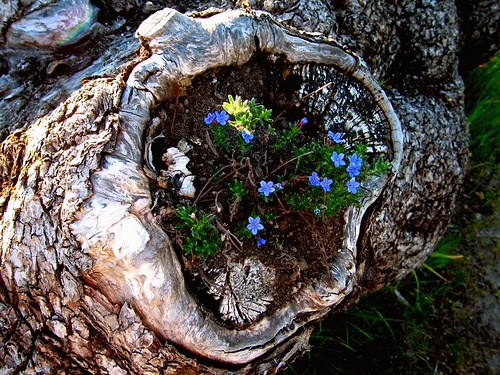 We hit the bus, he got off at his stop for the hotel, and I carried on my merry way. Two folks quickly sat down opposite me, in a portion of the bus where the aisle expanse is at its narrowest. They were inches from my knees and the sexual energy was just incredible. Wow. You could tell they were on the verge, and they’ve been lodged on that precipice for some time. They’ve clearly known each other for a little, and they’ve connected on a different level. Now, it’s averted gazes, bashful smiles, and too much self-touching.
(You know what I mean, you smooth out your jeans, adjust a pocket, straighten your sleeve – but it’s really just nervous tension, and you know it. These two were popping.)
She was this geeky-chic alt-edge white girlie with these naughty librarian specs, a beret, tapered velvet pants that snaked down her mile-high legs. She used to be a redhead, partially dyed black. In her lap, a wood-mounted freshly sculpted clay statuette (yet to be baked) of a nubile goddess. Her smile was that of a sexy affected intellectual.
Hell, I wanted her.
He was this sexy alternative Middle Eastern guy with chiseled features, smoky eyes, this birthmark on his forehead that looked like a smudge of ash, and this oh-so-perfect little soulpatch (mm) under his tender full lips. His jeans were loose in all the right places, but snug in the better ones. He had a nervous twitch in his left leg and kept bouncing his knee an inch or two up in a fidgety manner that said he really didn’t want to be looking at the floor as she spoke about whatever it was that was moving her then, but would rather be on the floor on top of her.
Hell, I wanted him.
Yet there was this great connection on the level of friends. These shy recognitions exchanged in glances, furtive moments of silence and awkward chuckles. So fucking sexy, so hot.
They each went home alone, to my surprise. He disembarked at my stop, and I hung back to watch those sweet half-moon cheeks swaggering up the drag. “Hate to see you leave, love to watch you go.”
And then I realized it. I’m just full of lust, morning, noon, and night these days. I find when I’m able to shut it off for a few hours for work or platonic socializing or whatever, whammo. Girl’s back to raging. God damned peaking.

The sexual peak is the age at which your frequency of sexual arousal reaches an all-time high. It has nothing to do with skill or frequency of being laid. It’s hormones ripening. Men, 16-18, women, 32-35. I’m 32. Wham. I’m on, 24-7. Bulges in jeans on the street are targeted in my sights from a two-block distance. I watch them approach. The shifting side-to-side. I watch asses, always. Shoulders, nice broad and strong ones. I feel dysfunctional. I’m a voyeur every waking moment. Raging. Sigh.

But it was also at that moment that it hit me: It’s spring.
I began to pass nearly sprung apple blossoms, exposed fluffy cherry blossoms. I smelled honeysuckle. I walked my 10 blocks home with my suede jacket dangling open and only my embroidered cotton shirt protecting me. Blissful. Stars glimmering overhead. That freshness that tells you winter’s on the outs. I breathed deeply. Stopped to stare at the stars, smell the air. Shuffled my feet in a lazy amble on home, savouring the walk as long as I could. I even paused to hang in the school playground. Leaning back on the swing, checking the stars.
God, I love the laziness of spring. The easy pace, the affable air. Mm. A very, very happy Steff.
And now, I want sex even more. Actually, no, you know what I want tonight? Intimacy.
The casual heat of just knowing someone well enough to toy endlessly with their bits and pieces as you lie stretched out, soaking in a classic movie or an intelligent foreign flick, sipping wine, candles flickering, naked, skin-on-skin, a blanket draped loosely over you both, a breast hanging out, toes protruding, legs interlocked, occasionally emitting single lines of commentary to each other, getting only a nibble or a bite in response. Just an easy night in.
That’s what I want. That says spring to me. Spring is seasonal foreplay. It’s suggestive of the heat to come. A delicate tease meant to stoke you and ready you for all to come. It’s so fitting, doing prolonged tease and toy sessions, just getting intimate with all they have to offer. Yep. Spring.
Then there’s outdoor sex, the sport of the season… fucking on the grass near the beach, but that’s another story for another time. Yes, do remind me to tackle the subject of public sex sometime. Ahh, how do I love it. Let me count the ways. Oh, my. Yes, that is also what this season says to me. “Get out and play.” Just dew it, baby.
So, my wish to you all: A fine and fair spring, with plenty of fun fucking and frolicking of all kinds. God knows I’ve got one on order. Let’s hope the season delivers.