The Canadian government has been keeping its nose out of people’s bedrooms since 1969. Since then, any consenting adults could have any sex they like, provided the participants were of legal age, not dead, and not an animal. Basically.
From the Canadian Encyclopedia:

From Confederation to 1969, under Canada’s criminal law, homosexuality was punishable by up to 14 years in prison. In 1969 the law was amended by exempting from prosecution 2 consenting adults of at least 21 years of age who engaged in these “indecent acts” in private. Since then, the speed of social change in attitudes toward homosexuality has accelerated because of general tolerance (eg, for common-law couples and single parents) and organized gay liberation campaigns.
Many Canadians no longer consider homosexual acts “indecent.” At the time of the 1985 edition of this encyclopedia, one province and several cities had enacted laws against discrimination on the basis of sexual orientation. By 1996 the majority of Canadian provinces had legislated against discrimination, as is also the case in the internal rules of numerous public and private institutions ranging from churches to universities to Canada Post to major banks. The Canadian military have gone much further than the American military’s “Don’t ask, don’t tell” policy by banning discrimination on the basis of sexual orientation. When the age of consent for vaginal and oral sex was lowered to 14 in the criminal code, consent for anal sex remained at 18, until a high court decided in 1995 that this distinction unlawfully discriminated against homosexuals.

Gay rights have taken a long time to evolve, despite that forward-thinking law. Vancouver, however, has been considered a very “pro-gay” city for a long, long time.
Some could argue there are aspects of the “noses out” policy that are lip-service more than reality, and cite examples like Little Sisters’ Bookstore’s epic legal battles to get materials across the border without being tapped with some vague obscenity legalities.
They’d be right, too.

But today we celebrate how far we’ve come, and we’ve come a long way, baby.
My best friend’s been out for 10 years now. Mostly out, anyhow. Mostly’s pretty good, when it involves his career and community services. The only people who don’t know would seem to be choosing ignorance, at this point.
And that still happens.
Tomorrow, we worry about that.
Tomorrow, we remember that there are places gays don’t marry, don’t get accepted, can’t live out loud, and have to fear repercussions for being themselves.
Tomorrow, we acknowledge the idiocy that is religious sanctimony that believes “gay” can be doctrined out of ungodly homosexuals.
Tomorrow, we remind ourselves that even in forward-living towns like Vancouver, gay-bashings happen, discrimination continues, and education needs improving.
Today’s about it being today. It’s about the fact a gay female judge can flirt with the girl contestants on a mainstream show like American Idol and it not won’t be a controversy. It’s about gay marriages gaining steam in America. It’s about men holding hands in the streets without being worried about the average person attacking or slandering them.

Today, it’s about the change we’ve seen, so that, tomorrow, when we’re daunted by how far is left to go, we can know it’s less a journey than it once was, and that’s something to take pride in.
Today, it’s also about being proud to be a Canadian, and living in a country that said, 41 years ago, that governments had no right to tell anyone who they could love.
That’s what today’s about.
Pride, baby.
Happy 10th, M, and anyone else who’s come out at work, with friends, or with family. Way to represent. 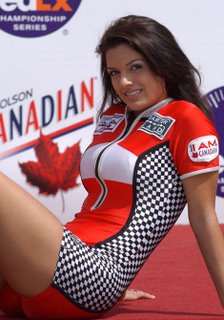 Once again, Canada leads the pack. Back in 1969, Canada’s new prime minister, Pierre Elliot Trudeau, said that the Canadian government had no business being in the bedrooms of Canadians. Consenting adults — male, female, straight, gay — could do as they wished, because where there was consent between the parties, no harm.
That is the prevailing thought behind the some new rulings that will be redefining the parameters of what can and can’t transpire due to “obscenity” here in Canada.
The gist of this? Swingers / sex clubs, the Supreme Court of Canada now says, are legal. Why? Basically because by way of entering the swinging establishment, where sex usually transpires quite openly, all those within the premises have essentially consented to the acts being committed therein. Go on ahead and visit Montreal, visit a swingers club, and have a little sex while you’re at it. It’s legal.
(About Montreal — the Paris of North America: There’s a show filmed here in Canada called Kink, and each season it’s set in another Canadian city where it follows the lives of a few participants as they go about their kinky existences in their little kinkdoms– from boring homosexual sex through to leathers, whips, and all the pain you can eat. Slings, anyone? Easily the kinkiest place in Canada is Montreal, where fetish is a rite of passage. God, I love my French-Canadian heritage. 😉
There are reasons I’m profoundly proud to be Canadian, and the level of personal freedoms is far and away at the top of my list, of which this is simply the latest example — most recently preceded by the legalization of gay marriages. Whether it’s smoking pot anywhere I want in this town (although still illegal, it’s largely ignored — we are this continent’s Amsterdam, kids, and owners of the best dope in the world, sez High Times) or knowing that I could perform any sex act I want (except possibly bestiality, which obviously is not exactly my bag, since I can’t even handle hairy backs, let alone fur), there is no doubt that the border between Canada and the United States is where my world changes, drastically.
So, here’s a thought: Your life is only as good as the freedom with which you live it. Whether you have extreme views on sex, drug use, or just everyday rights for everyday people, voting is crucial to the well-being of your life. It’s no secret, I don’t like George Bush. At all. I dislike the politics I see coming across the wires from our Southern neighbours, and it saddens me to see what seems to be an erosion of freedoms in a time when “freedom” is what the fight’s all about. Ironic, methinks.
But the point is this, your supreme court shapes the land in which you live. Hell, look what it’s done for my country.
Bush was elected on a fiscal platform, and because he pulled patriotic strings. I’m not sure many people sat back and thought, “Hmm, will he be the right guy to pick Supreme Court judges that will shape my freedoms for the next four decades?” Well, fortunately/unfortunately, that’s the case. Not one judge, but two, and with three years to go, who’s to say what’s next? You think you have an opinion on his choices yet? How could you, when they’ve got a lifetime in their offices? Some twenty, thirty, forty years of deciding policy that will impact the lives of every citizen. Food for thought, indeed.
Perhaps this is another fork in the road of our two countries. Now, me, I’m no swinger, and it’s unlikely I’ll ever be. I’m an old-fashioned romantic with a fondness for orgasms, that’s all — and a fondness for freedom.
So, swing away, kids. Montreal’s where it’s at. Coming soon to a Canadian city near you, perhaps.