I’m almost giddy with expectation. I get to have a chat with one of Ze Cheeses That Be about taking a sudden, unexpected week off. I am so tired and beat and ready for some serious extended r-and-r that it couldn’t come any sooner!
See, this is where I expose myself as the casual, laid-back kind of airhead I can sometimes be, but only when I trust people. I decided on a pretty big whim last year to quit the job that had me wanting to hurl myself off a skyscraper to my death, since I figured jobs that make you feel such ways are the ones we should quit, and went running at the fastest possible pace back to my cushy, easy, lovely job where I get to watch television for a living, and where was home and family for seven years. I mean, I watch TV for a living! I don’t even talk to clients, service providers, or even have a phone on my desk. Ha!
And because I’d trust my bosses there with my life, ‘cos they’re just that nice, I didn’t get anything in writing. It was kind of a “Well, when wouldja like to be back? Okay, see you then! You can have your old salary and everything,” and that was that. I didn’t even think twice about making them put it in writing.
If the whole world ran as principled as my bosses run their company, it’d be a fucking great planet to live on, man. (And they know everything I blog on and don’t care a damn, and one reads my other blog religiously, so I don’t need to be worried about getting fired for posting an innocuous thing like this, unlike that job I quit last year.)
So, when I sallied in on Friday and said to one of Ze Cheeses that Be, “Hey, I seem to recall once having three weeks of vacation a year, so I’m wondering if maybe I’m due for another week off?”
She pulls up the accounting program, notices I’ve been accruing vac pay at 6% and goes, “Holy smokes, Steff! You’ve got another week of vacation coming!” And THAT’s how easy it is to solve perceived screw-ups at my work. Three minutes later I’m looking at the bliss of a week to myself, so long as I can work it out with scheduling.
So today I get to speak to the scheduling department and see when works. I’m thinking, next week? Five bucks says she gives an enthusiastic thumbs-up, because the busy season is nipping soon at our heels. And my body will scream in ecstatic glee at the thought of nine stinking days off to chill!
I’m still broke as hell for four more days, with a need to be cheap for four more weeks at least, but I’m back to loving my life and not questioning my choices. Because, most of the time, I love the lifestyle I have, even if it means getting creative with beans for a couple weeks in a row from time to time. (And I’m all excited to try cooking up some chickpeas for a funky rustic Italian salad for work lunches tonight. Seriously, I’m excited about it. What alien mind probe has altered my personality so drastically?)
Something about being broke all to hell this past week has been like an epiphany to me. I think I like the way it’s shifted my mindset of late, altered my values, and kicked my ass a little for feeling so sorry for myself. I like this headspace that has been developing in the last day or two. I really do, and I don’t know if I’d have gotten to this point without having my money taken away and having been forced to look for positives where I was perceiving there to be none. (And was I ever wrong.) But that’s another posting for another time.
What would Steff do with nine or 10 days off, very little money, and a wide-open expanse of time to play with? I think it’s time to play tourist at home, is what I think! I might take a tour I’d never recommend a tourist to take, for instance, The Sins of the City walking tour that’ll delve into Vancouver’s past in bootlegging, prostitution, and more, which I just heard about and could be fun to share with y’all.
I’ll do one final pass over everything I own and turf more belongings. And I’ll sleep. And I’ll write. And I’ll work out. I’ll have time to cook cheap but fantastic and healthy “foodie” food daily. I may even hook up with friends! Whee! FABULOUS!
All I know is, I’m suggesting I take next week off (since I’ve checked out the weather already) and all they can say is no, at which point I’ll suggest the next week off. So fingers crossed for the blogchick, minions. She needs a week to herself asap-ish! 🙂

I would have said that “the Guy has this saying,” but according to Google, there’s 14,700 hits for the phrase “post-coital bliss.”
It’s all about the PCB. Blissed out and riding that wave back to normalcy. Nothing recharges the batteries like a good lay, don’t ya think?
It’s Saturday morning (as if you didn’t know) and it’s cooler than it has been, but not cold. There’s 94% humidity – yep, count it, 94% — and the air’s got that built in chill-enhancer that’s not so friendly in the morning. Still, I’m in bare feet, just not happily naked like I normally am in the morning. Oh, well. The headache burrowing into the back of my skull’s not really a high point this morning, either, but I’m ignoring it and listening to Gomez over my headphones anyhow.
The gym was supposed to be my destination, but I have that all-over-body sore that says somethin’ physical’s been up of late. (The dirty s-e-x, that’s what. I tell ya, the death-grip with your legs around the waist, hiking him towards ya, good fer thighs and ass and abs, ladies.) I figure instead I’ll do some ab work, play with free weights, write, watch TV a spell, and then that’s my day. The Guy hobbles over, crutches and all, to my place this evening.
Back to the more interesting of topics thus far, PCB. It was after the dirty s-e-x that the conversation steered towards the PCB. Nothing takes a sting out of a working man’s week better than getting him laid by 10 on Friday, you know. My guy’s cut from a slightly different cloth. Instead of having sex (the dirty s-e-x, even) and rolling over to sleep the sleep of the dead, he gets energized. He actually enjoys cuddling and talking after a good shagging. How do ya like that? Now that’s serious PCB, folks. He even gave me a couple decent writing topics.
I, for one, am a big fan of the PCB, baby. Sex for everybody, says I. Didn’t you get the memo? I took over the duties of World Domination and Universal Autocrat as of midnight last night.
Lucky for you fuckers, too.
Sex for everybody. Yep. Just step right over here to your frequency lanes and pick a number you’d like as your sexual quota each week. What, three times? Four? More? All rightie, then. Pick a lane, any lane. That’s the number of times you’ll be getting’ your love on each week, my friends.
Ah, if only. I would make such a KICK-ASS dictator. None of the genocide crap, man. No illegal law enforcement. No intimidation. All about the bliss, baby. Personal freedoms for everyone, medical insurance discounts for anyone getting shagged often, sex toys would be tax deductible… If only.
In my pie-in-the-sky utopia, I’d have sex four to six times a week. A couple double-dips and such in there, of course, as well as lazy sleep-in, clothes-off, shaggin’ Sundays. 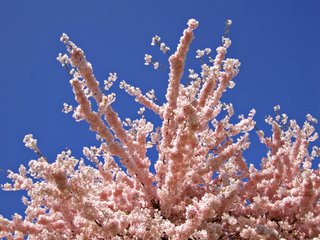 I’m looking forwards to next month. We’re on the verge of warm, warm nights now, and I’m thinking how much I’m gonna love those late-night just-got-laid departures – riding through the fragrant streets on warm, breezy nights, my scooter weaving back and forth under canopied streets as various perfumes from flowers assail me and cooler air pockets surprise me. Sigh. That’s always the best time to be out commuting in the world: a summer night after sex.
(There you go – a road rage solution. Road rage is all because people aren’t having sex enough. C’mon, people! Spread the sex around. Let’s reclaim our streets. Nice, happy drivers who just couldn’t give a shit if you go faster. They’re thinking about getting a little more of the shaggin’ they just had. A far better traffic pattern would emerge, I bet.)
Y’know, I went out for years with this guy who lived about 35 minutes away from me, and I still, to this day, remember loving the ride home almost as much as I enjoyed the sex and/or his company. It’d be 4am, and I’d be driving out on a highway that always had this awesome turn-off that made it feel like you were driving literally into the sunrise. Whoosh, around the bend, and back headed south-east, towards the sunrise again. I almost always took the long way home.
There’s just something great about sex in the summer. It’s better when you have a fan to cool yourselves off after all that work, but hey, seasonal shagging’s all good. I love staying in for sex in the winter, but if you have to leave, it’s such a bitterly cruel contrast – the cold, cold nights against the warmth and sweat and fury of your recent encounter. Yeah, I’ll take this… summer and the PCBs.