There’s a full moon tomorrow. I’m in a weird headspace.
In social media, I’m seeing snippets here and there from those I’m connected with, remembering the passing of our good friend Derek Miller last year. My thoughts on Derek, as his death took the world by storm by way of an incredible blog post, were posted here.

Someone once graffiti'd a lot of sites in my new neighbourhood, and this one made me think of Derek last week -- a lighthouse, a beacon, at the end of a long path, and at the foot of it, "The things you really want, you can't buy."

Derek’s death became a lot of things for a lot of people, and I’m having trouble even now identifying what it meant to me, but I know his blog post, and his passing, were part of why I spent the next few months realizing how unhappy I was with my life. The thing was, I knew someone like Derek would simply comment, “Well, then change it.” So, I tried to figure out what I needed to change, why I was so deeply unsatisfied with everything.
He may have “just” been a husband, father, and all-around geek, but I got the sense that there was really nothing else Derek wanted from life. He had everything he wanted. He was where he wanted to be. All he wanted was more life, more of the same with the people he had around him.

All The Things I Wasn’t

I found myself thinking a lot about, well, I’m not where I want to be. I don’t have what I want. I don’t have the people in my life I want (ie: love). Let’s not even talk about the bigger picture.
I’d been kind of skating through life and sort of ignoring anything below the surface. I’d stopped being a good writer (in my view) and stopped living the deeper, observant, involved life I’d once had. I’d been depressed before, but this wasn’t depression — this was plain old unhappiness.
Derek’s death somehow was a slap in my face, like a loud shout of Wake up! Get it right! Time’s ticking!
And, it took a while, but I think I’m where I am now because I’d realized through him of just how far afield I was from the things I considered basic requirements in life — time to write, close to the ocean, quiet, and so many other little things that speak to who I grew up being, who I was in my 20s, when I was most “myself.”
I’m new here, in Victoria, so I’m ironically even more “alone” than I had been in Vancouver. I’ve not been looking for a new tribe yet, but I will begin later this month. Because that’s another lesson I’ve learned through him. Some people just make our souls feel better, and we need them in our lives. We are better people when we have better people around us, and there are few we can’t learn something of life from, but others offer a master class in it.

When I sat in that theatre for his remembrance, listening to all those amazing people paying homage to Derek, hearing their stories, I couldn’t stop thinking about the degrees of life. This couple, Derek and Air, they were in the same crowd I’d run with nearly 20 years before. But by inches and degrees, we must have missed each other here, there, and at different times. Somehow, some way, we never connected until the end of Derek’s life.
What if I’d paid more attention? What if I’d slowed down? What if?
I’m not done learning lessons from Derek’s life. Or anyone’s life. I’m just not done learning.
Next week, Mother’s day rolls up again, and the Hallmark Machine is playing that message loud and clear. So, these days, I’m thinking a lot about the people I’ve lost in life, the legacies they’ve left me, and whether I’d feel I’d done enough if I were to leave this realm tomorrow.

Coming Back to Life

Getting here, moving, that was a start toward the life I’d like, and the legacy I seek to leave. But I’ve barely even begun on my way. I was off-track so many years that just getting back on-track is a hell of a journey in itself.
I’d like to think there’s plenty of time for me to get it right, but that’s foolishness. Sooner is better than later.
So, as the full moon messes with my frequencies, and the hazy oppressive clouds dampen the world beyond windows, I’m lost in thought about who I am today versus who I’d like to be, when I really should be writing a project quote and starting my day job’s work.
Sigh. I don’t know how to finish this post. I’ve tried six different endings and I keep deleting them. Maybe there is no ending. Not for me, not for this, not yet. Maybe there is just a beginning.
Well, then. That’s how it is. 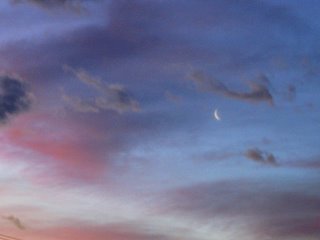