I have long been a believer that men have far too much pressure on them when it comes to sex. It’s why I started writing about how to become a vixen (such as this and this, which I must continue, and will) and it’s why I’m constantly saying that I feel women need to initiate sex as often as men, if not more.
God knows I try to. 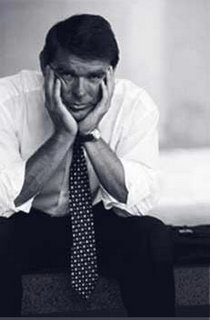 There is one thing people are eternally guilty of, and that is believing the notion that sex is about orgasms, not intimacy. As a result, we have a market flooded with Cialis, Viagra, and other miracle-cures for the Minute Man.
It enrages me when I hear about women whining that a man couldn’t get it up. It happens, honey. Get the fuck over yourself.
The reasons why a man might not get it up are many – from a too-long bike ride to an allergic reaction to his meal to too much alcohol to too much job stress to a woman who can’t keep her mouth shut about certain topics during foreplay. I’ve had guys tell me they couldn’t get it up because a photo of her mother was right there. Who the fuck knows what’s causing it? All that matters is, it happens, and more than the media and women want to accept. Tough. Get over it.
The common penis doesn’t come with a helium pump for inflation purposes. There is no “on” switch. Trust me, if there were, I’d have fucking nailed the technique by now. When it comes to sheer instinct on the male body, I’m certainly near the head of the class. When it comes to technique and attentiveness, again, I know I’m there.
Yet, nonetheless, the Guy had difficulties with maintenance during an otherwise great Saturday night. Neither of us realized at the time that the copious Tylenol 3s he’d been needing to take all week for his horrendously broken leg (on which he had surgery on Tuesday afternoon to insert two Titanium plates and countless metal screws around and in both his tibia and fibula, for a total of three through-and-through breaks, which was then wrapped in a too-vulnerable soft cast that kept getting knocked by Miss Butterfingers here) came with a side-effect of erectile dysfunction and decreased libido.
Well, the libido? Trust me, not a problem. It wasn’t that he couldn’t get it up, he sure as hell could – far too many times. It just didn’t want to maintain long enough for follow-through. Thus, frustrations understandably ensued – not from me, but from him. He was bitter and maybe even a little unnecessarily angry at himself, because his track record was anything but that of inconsistency.
But, you know, we talked, we made it through the night in relatively good spirits, and in the morning, with a sponge bath by yours truly and a start-up blow-job, everything worked out quite nicely. Enough that I had to cancel my evening plans to recoup, honestly.
A little research later and suddenly the light came on: Drugs will fuck you up. C’est la vie.
(And for all the guys out there cringing and thinking, “Oh, my god, how could she do this to him and tell this story?” Well, I told the Guy I’d write something and pretend a reader sent in a letter, and he said not to bother, it was cool. Now THERE is a man comfortable with his sexuality, people. And rightfully so.)

Here’s the deal. Erectile dysfunction happens. It’s not the end of the fucking world. When guys get bent out of shape because they’re not taking shape, it’s really unattractive. A little frustration is understandable, but getting pissed off about it, walking out, anything like that, it’s childish, unattractive, and shouldn’t happen. Guys, get over yourselves.
But is it that simple? No. The media and women are most of the problem on the shame-over-“failure” front, sadly.
Chicks who take it personally, who the hell do you think you are? Get over yourselves. Most of the time, it’s not about you. Most of the time, it’s any one of a hundred little things that can transpire to blow a mood… Or maybe it’s major surgery with insertion of too much Titanium four days previous and a hellishly fucked limb.
Any which way, when a guy can’t do what guys are supposed to be able to do, it’s a crushing damned blow, and not one they’re wanting to have to face – OBVIOUSLY. For you to escalate it by doing the whole, “What’s wrong? Is it me? Well, what can I do to help? Maybe we can try again later?” 20-questions, woe-is-me, I-must-not-be-sexy crap is about as lame a thing as you can lay on a man – a man who really doesn’t need your shit at that moment.
Kiss him, tell him it’s cool, slide your hand tenderly up and down him, tell him you’re thrilled to feel his warm, sweaty skin next to you as it is. Ask him if there’s anything he’d like to do instead. If he wants to give you oral and get you off that way, then that’s something you should encourage. If spooning’s his bag, great. Whatever you do, don’t make it about you. Even if it IS about you, don’t get hung up on that.
Any chick who’s really baffled about the mechanics of the cock (or guys, for that matter) – and it’s not as simple as it looks – could read Dick: A User’s Guide in order to get exposed to the basics about penisology. For something more in-depth, focusing on psychology of the cock and all that, I’m not sure what to suggest, since I’ve not happened upon something that fits that bill. (Although Paul Johannides’ Guide to Getting It On is about as complete a sexyclopedia as you’ll ever find, and it takes the psych-side of cock quite well, plus all the other need-to-know sex basics that every lover should pore over.)
Let’s face it. Guys tend to be pretty non-communicative. That’s typically how they work. Stress can impact performance, and you putting a negative spin on it’s really fucking uncool.
I know I didn’t. And I wouldn’t. Sex isn’t just about orgasms for me, it’s about intimacy, and if things aren’t working, I’m more than happy to be entertained in other ways. It’s about the closeness, which I fucking love.
It helps that I understood somewhat the world of pain the Guy’s been in this past week, having spent about 20 weeks in a single year on crutches myself a couple years back, so I had pretty low expectations going into things. I was pleasantly surprised on Sunday and in the end had a pretty wicked time of things. It was a “gee, I could really go to church and do confession now” kind of weekend despite mechanical difficulties on Saturday. Now, the guy’s prematurely weaning himself off the drugs, in a conscious decision that he’d rather endure pain so he can enjoy the pleasure in between. I secretly don’t mind. 😉 I know a couple pain-negating moves, I assure ya, Guy.
I’d like to think the Guy finds me hotter and cooler now that he knows I’m not going to be a bitch in a moment like that. I’m not looking for brownie points, that’s just the kind of chick I am. I get this shit, and you should, too.
One of the worst things to ever happen to sex, in my point of view, is the whole Viagra thing. Yes, lasting’s awesome. Yes, orgasms rock. Yes, being hard’s much more fun than soft. But it ain’t all about that, and when it comes to the little blue pill, that sometimes gets forgotten. Sex should be about remembering what the point was in the first place: Getting close, experiencing the person from head to toe, travelling the terrain of their body, exploring all they have to offer. It’s not just about getting hard and getting off. It’s time to take the ego out of sex, before the ego kills the fun.