Okay, a couple of things. I’ll get back to the orgasmic neighbours tonight or tomorrow, but there are more pressing things that need mentioning.
The first being a rare but possible cause of death resulting from blowing air into a woman’s vagina. If you’re doing oral or playing around, never, ever, ever blow air into a woman’s vagina. This is not a sex myth. This is not a legend. This shit happens. The air bubble can cause an air embolism, which can then float up into the heart and essentially kill her. Not good. This condition is more likely if the woman has enlarged blood vessels resulting from pregnancy or past vaginal trauma. Since you don’t know if she has these larger vessels, don’t do dumb shit, and don’t try to cause a “pussy fart.” (During some sex moves, you’ll hear strange air sounds happening, but I don’t think that’s anything to worry about; it’s actively trying to “inflate” the woman that’s an issue. Like I sez, rare, but it does happen, and it does occasionally cause death.) And really, while everyone thinks sex is probably the best way to go out with a bang, why rush it?
You can blow on a woman’s vagina, and have fun doing so, as there seems to be no evidence of that ever causing problems. Just don’t pucker up and treat her like she’s a balloon at a kid’s party, all right?
The second thing is, the annual UNAIDS report has been released. This report is released by the United Nations’ AIDS organization and is essentially a “state of the union” report on AIDS internationally. You can find the massive, intimidating report here, which is a staggering 24MB PDF file in entirety, or you can select individual segments to read on the same URL there.
The important thing to note is that A) an increasing number of American gay men are apparently devolving and becoming STUPID FUCKHEADS because there is an increasing segment of them now engaging in unsafe sex practices because they think the dangers of HIV are somehow magically disappearing. And B) the number one cause of death in African-American women between the ages of 25-34 is now AIDS. The A-A woman is more likely to contract HIV than any other female race, and safe sex is imperative!
Safe sex is imperative whoever the hell you are. You and your partners need testing. You need to use a condom until you know you can trust your partner and you’ve both been tested. If you think they might fool around on you, insist on condoms. If you’ve ever witnessed any behaviour from them that makes you question their integrity and character, you may be risking your life by not using a condom.
Scared of hurting their pride? What, would you rather get a virus that will compromise your quality of life, threaten you with a potentially far shorter lifespan, and even make you fatally vulnerable to stupid things like the common cold? Get the fuck over yourself. Be vigilant. Condoms may kill moods, but AIDS kills you. Do the fucking math.
The CDC has a well-written and concise look at how HIV is transmitted, and if you’re at all ignorant about AIDS or HIV, you should, at the very least, read this.
Out of all the diseases in the world you can catch, the one you can most easily avoid is HIV. Responsibility saves lives. Be safe when playing with others. A friend of a friend of mine contracted HIV last year and can actually pinpoint the exact encounter in which he caught it. What a horrible thing to have to live with, the knowledge of how stupid you were in a single moment in time, and how the rest of your life is changed as a result of it. Don’t let that be you. 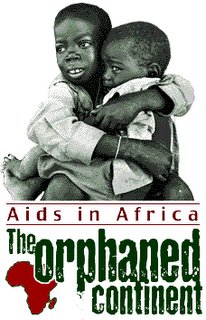