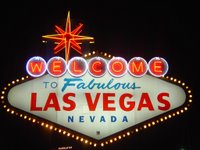 I stirred up a little controversy with this posting the other day when I said most women didn’t like porn sex. C’mon, a girl can have some fun, n’est ce pas?
I love aggressive sex. I love a mix. I come with my own multi-speed. I can’t do the same thing all the time, and when I get given the green light, you bet your ass I can bring added elements into the game. I go from frolicking to ferocious and back again in mere minutes. Never, ever be predictable. That’s my motto.
I wanted to stir a little controversy with that posting, though. Yes, it was in absolutes, and yes, it was tongue-in-cheek. Let me explain things in a little more level-headed manner, then.
Here’s the gist of it: Don’t fucking assume you know what your lover wants. Don’t assume that because you saw it on TV, it’s definitely gonna be working out for them. Talk and find out what page you’re on. Figure out what you’re wanting to do to each other, and know where you’re going to go, to a degree. (I mean, you never want to script these things. It’s about going with the moment. It’s like planning your vacations – sure, having an itinerary is nice, but isn’t a little spontaneity a good way to go, too?)
Be open with your lover, be accepting of hearing what they want, let them know you’re not going to judge them for their desires, make sure they realize that fantasies and wishes are nothing to be ashamed of, that we all have little weird things we’d like to experience, and it’s okay. That’s what you’re there for, for god’s sake. (And it’s always okay to say no. Just don’t judge.)
There are a lot of women out there, particularly, who are terrified of asking for what they really want. They’re scared they’ll be judged. They’re scared they’ll be perceived as being a dirty whore. They need to know they’re in a situation where they can ask for what they want.
That’s why what happens in Vegas, stays in Vegas.
When you’re in your bedroom, or wherever you choose to play, you can be any character you want to be. It should never, ever colour or tint who you are as a person outside of the bounds of play – unless you choose to allow that.
It’s absolutely possible to know how to wield a riding crop and pick the lock of pair of handcuffs, and still be a good, caring person. It’s possible to groan “Fuck me with your throbbing hard cock, you beast” and teach kindergarten. Duality’s possible in the human condition, but the right to privacy in a bedroom’s something everyone deserves.
(Pity the US government’s missed that memo.)
A safe environment needs to exist, and whether a woman wants to be fucked like Jenna Jameson is something she has every right to decide, but not something she should be judged for. Men need to allow their partners the duality of being as bad as they wanna be, without assuming any moral judgments on that behaviour.
And women absolutely need to allow men to speak to their fantasies, too, without judging them. So he would love a three-way, how does it hurt you to know that? The fantasy existed before you, and it will exist after you’re gone. If you’re not interested, you say so, but never, ever judge a lover for saying what they wish they could have.
Hell, I’ve known men who’ve fantasized about three-ways but never actually want to have one, for instance, but sharing that fantasy validated them because it allowed them to put an image to words with someone they wanted to share it with.
Never underestimate the bond of having open communication. Being able to talk about these things can be one of the most erotic experiences you share. Allow the conversations to map the terrain you plan to explore as time passes.
Keep Vegas in Vegas, baby, but keep on rolling them dice.