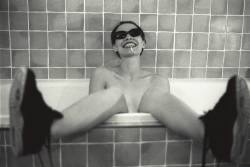 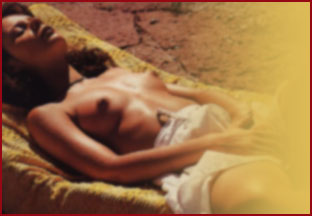 Every now and then male-female relations seem like a bad day at the UN. Understanding the issues is imperative, but no one speaks the same language.
John Gray got rich off the chaos that exists in that weird little world of relationships, by telling us that men were from Mars, and women from Venus. It’s true. We have so many differences it’s a wonder we ever crawl under the covers together. But we do, and still, we speak entirely different languages. It’s a pity we don’t have those interpreter-on-the-fly headphones in our ears like they do at the UN – it’d make hooking up a hell of a lot smoother, don’t you think?
I sometimes wonder who my audience is comprised more of: men or women. The chicks who read me tend to like my feminist attitude that doesn’t get clouded with antagonism towards men, and that’s awesome.
But the men who seem to read me tell me they’re here for, I don’t know, a different take on sex, but most importantly, the fly-on-the-wall perspective of the modern female’s mindset.
So, it’s no surprise I’m getting asked a lot of questions by those guys right now about why women are resistant to masturbating, why some (a staggering 40%) just flat-out won’t masturbate. I’m saddened I’ve heard nothing from the women who don’t, but perhaps the notion of lacking the sexuality and curiousity it takes to be a masturbator is incongruous with reading sites like these. Let’s hope not.
That said, I’m going to tackle that question here and now, but from a point-of-view directed to the men in my audience. There are some commonly accepted reasons for why so many women are hesitant to touch themselves, but I’ve got a few perspectives on my own. I think this topic’s far more complicated than most people allude to. I think it’s a societal problem that encompasses everything from religion to upbringing to media.
Let’s start off with the commonly accepted perceptions of why these women resist the urge, and my take on them.

And that is that, some will tell you. That’s all that’s preventing women from touching themselves. But they’re just whack if that’s what they believe. Like I’ve said before, there’s so much more to it, whether we want to accept the blame as a society or not.
Let’s take one example. I’m sure every man who reads this has, at some point or another, had someone say to him, “Suck it up. Be a man.” How did that make you feel? Unable to express concerns or fears? Ashamed to be weak? Forced into the stereotype of being Manly Man when, for once, you just wanted to be human and feel whatever was hitting you?
It’s no secret, vulnerability isn’t exactly encouraged in men. And let’s face it, no matter what you want to say about the media today or the modern woman, sexuality is NOT encouraged in women. We should be pretty, alluring, gorgeous, but God forbid we be overtly sexual.
Chris Rock said it best, as a father, your ONLY responsibility is to keep your daughter off the pole.
Men may want a woman who likes to fuck, who will do the things that are borderline dirty, sexually experimental, but ultimately, we’ve all been raised by fathers who shared Chris Rock’s POV: We have to stay off the pole.
So, we’re raised with hearing tidbits like, “That’s not ladylike.” Personally, I’m not Fluffy-Miss-Feminine. I’m in touch with my femininity, but as a kid, I hated Barbies. I disliked dresses, and I heard, all my life, “That’s not ladylike.” When it came to sex, I believed there were certain ways I had to behave. Masturbation was my secret shame until I was in my early 20s, when I learned my boyfriend loved the fact that I did it, when I heard him tell me how much he admired my confidence and my ability to admit it. He told me it made me a strong woman. I began changing my perspective then.
For women, we have to battle so much bullshit we’ve been fed about what a woman is. Until the media begins embracing the idea that masturbation for women isn’t something exotic that only promiscuous chicks do, that stereotype is going to prevail. The fear and shame and apprehension will remain.
And you can’t tell me that men, when they were boys first discovering their sexuality, didn’t also feel like they had a secret, like it was a sin. We’ve all heard the stories of boys playing under the blankets, hoping not to be caught. It’s the same deal with women, but we’re on a different timeline. Men peak at 18, we peak at 32. Of course it’ll take longer to reach the point of comfort with masturbation. Many women don’t get there until their 20s. Hesitant women need to feel like their lovers aren’t trying to get them to perform like a porn star when they’re asked to masturbate. They need to know they’re not being perceived as someone dirty because they’re touching themselves. Unfortunately, that support isn’t as common as we’d like to think. And also unfortunately, a lot of guys are pretty lousy at requesting things from their lovers without making it sound too dirty or risqué. And that, again, becomes a communication issue.
Like I said, this is a huge, huge topic with vast implications, and it’s not a problem that will go away overnight. The media is responsible. Parents are responsible. Lovers are responsible. And the women, in their ignorance and fear, are responsible. So how does it get fixed?
I haven’t a clue. With time, I guess, and with the media, and parents, and lovers, and women all getting on the same page.
Just a second here, I need to glance out the window and check if pigs are flying yet. Hmm, not yet. So, yes, the problem persists. I’ll give some thought on how a woman might be persuaded to learn the fine art of self-love, but I honestly don’t know where to begin just now. It’d be interesting to hear feedback on whether anyone’s had success on that front. Care to share?

And I’ve been thinking about masturbation. Not doing it, writing about it. I still want to hear more results and comments and emails based on the letter down below, but I think this topic is growing in importance for me.
Yes, guys need to understand more about female masturbation – but so do 40% of the female population who never, ever do it.
Why don’t they? You got me. Hang-ups of every kind, from social perceptions of what masturbation means, to fear, to religious implications, to good old-fashioned second, third, fourth generation shame.
Honeys, listen to me when I tell you this: Get over yourselves.
Oscar Wilde once said “To love oneself is the beginning of a lifelong romance.” Yes, it is, in more ways than one. Let’s put it this way: The orgasm is the ultimate in human sensation. It’s every nerve ending in the human body shuddering its way to absolute ecstasy, then collapsing upon themselves in spent euphoria.
Orgasms, though, don’t just fall out of the sky. The ability to come isn’t just something a woman wakes up with overnight. Female masturbation doesn’t get talked about, aside from jokes about vibrators, and that’s very misleading for a lot of women who have no experience in this area. Masturbating yourself is far less complicated than having to screw up the courage to spend money on a potentially embarrassing sex toy that you may not wish to have found.
If your courage lacks, it shouldn’t. We hear that we need lube, we need vibes, we need all this shit, and that’s all wrong. All you need, girls, is a happy little thought, and the soft pad of your fingers. Shorter nails helps, so you can get more variety of feelings, but so long as you’re working with your soft finger pads, not the tips, but the bit down closer to the first skin folds on the top joint. Like the photo below, you just slide your hand over your mons (that bit below the bottom of your belly, the mound) and into the first recesses of your vulva, the home of your clit. And massage around it at first, not on top of it right away because you might be too sensitive when you begin, but as you massage more, start increasing both the speed and the pressure, and begin going right over the top of the clit. And just keep going until you finally orgasm.
Any female who has not yet orgasmed, who’s approaching it for the first time, might feel fear and confusion. Some strange things happen to the body. At first, you might think you’re experiencing pain. Maybe you think you need to go to the washroom. But there’s a million different ways it might feel, and you need to relax and get past that point.
Then, there’s the issue of moisture. When you finally do orgasm, you will probably produce some form of ejaculate. You will be wet, lubricated, and you might even squirt some out. This is normal. There should be no shame with this, so try to be aware of it being an absolutely common occurrence. If it bothers you, one little visit to the bathroom will make it all go away. But you’ll become comfortable with this as you experience more orgasms and learn to let go.
I sort of discovered masturbation at about the age of 13. I remember being really excited about some George Michael photos I’d found – shirtless, tight shorts, that kind of thing – and I found myself dry humping a pillow. I kept getting up and running down the hall to go “pee” because I kept thinking I had to. Nope, that was approaching orgasm – something that never did happen for a few more years. I went from dry humping a pillow to them putting something solid and round under a pillow so I’d get more pressure, then I, well, let’s leave that one out, but the point is, it took a while to get the nerve up to start rubbing myself. Years, really. As for touching myself “under the panties,” well, that probably didn’t happen until I was 19 or 20. I was only comfortable rubbing over my panties because I thought it was dirty, wrong, and strange to touch my vagina on purpose. It was that moisture, it baffled me for a long time.
Fact is, being uncomfortable with masturbating is normal when you’re a woman. It’s sad that that’s the case, but it’s true. This generation coming up now, they’re the first ones to ever hear about female masturbation, really. My generation, and I’m 32, we never talked about it. Sex and the City has changed that. It’s suddenly okay for women to self-serve. But there are still so many hang-ups that interfere with our ability to orgasm.
And that, my friends, is another program. But here’s a great site with neat statistics on the female orgasm (and some on the male’s).
Come to think of it, I’m a little tense. Maybe I’ll go tend to something. Ahem.